We left Santa Cruz mid-morning of Monday, July 18. The crew was Jim Foley, Chris Bryant and my niece Teela Crosthwaite Smith. We sailed over to Stillwater Cove  for a look, then continued on past Carmel Beach and on down to Point Sur. 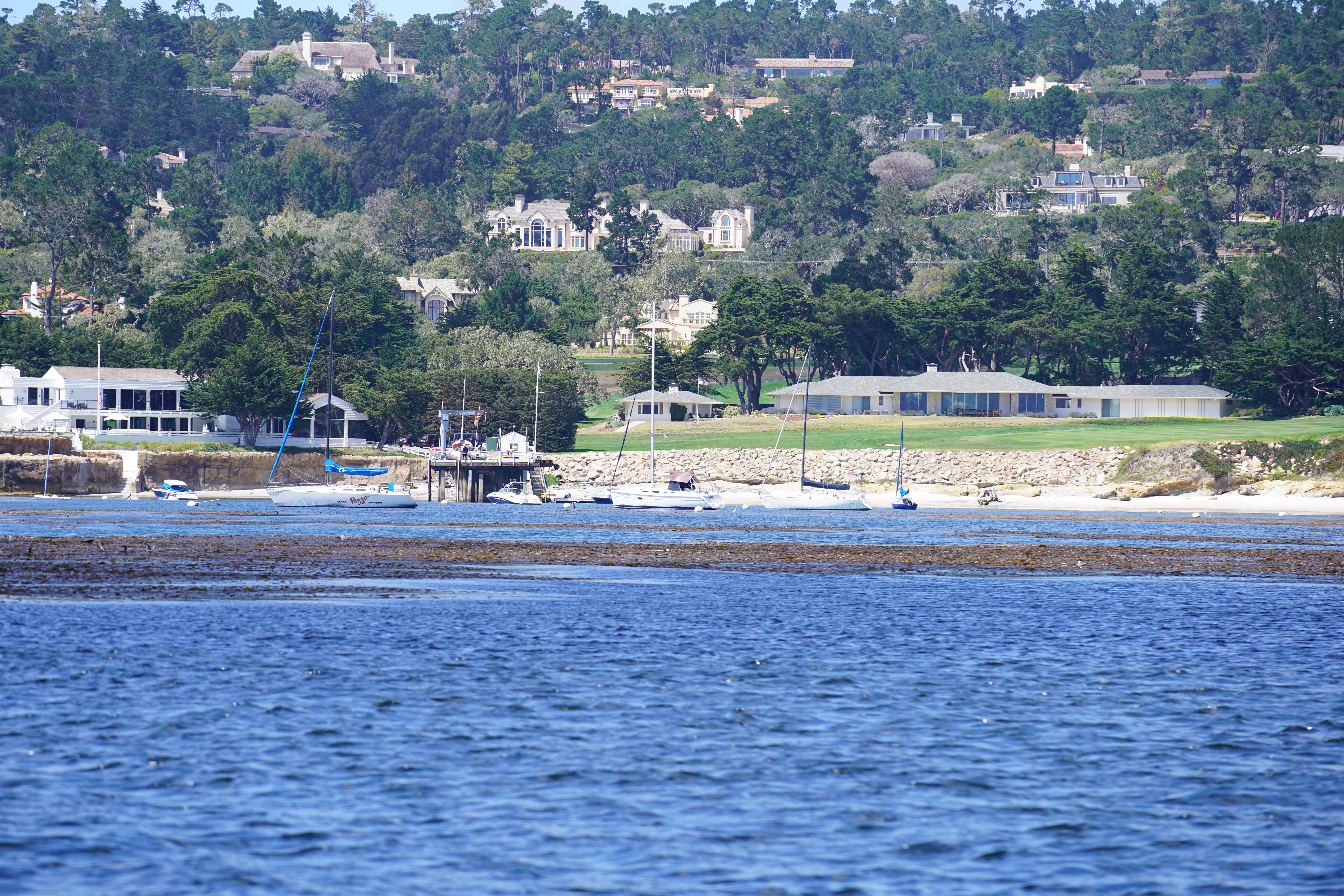 The sail was pretty mellow until well past Point Sur. At that point the northwest winds picked up and the swell was large. Around 8 p.m. the trip became quite lively, and continued to challenge us until we passed Piedras Blancas. 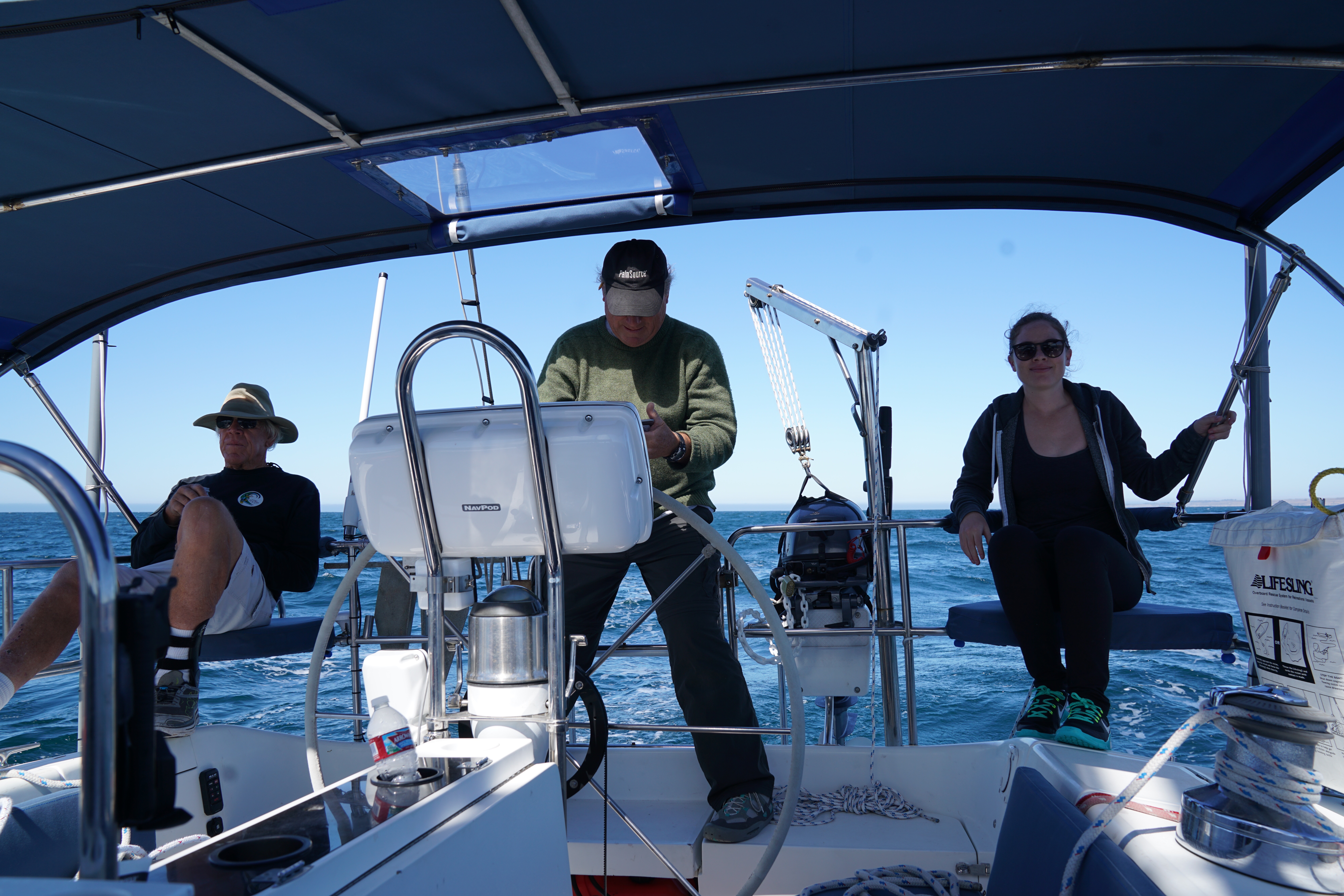 We were then motoring in light wind, patchy fog and decreasing swell. We arrived in San Simeon Bay at 4:00 a.m. 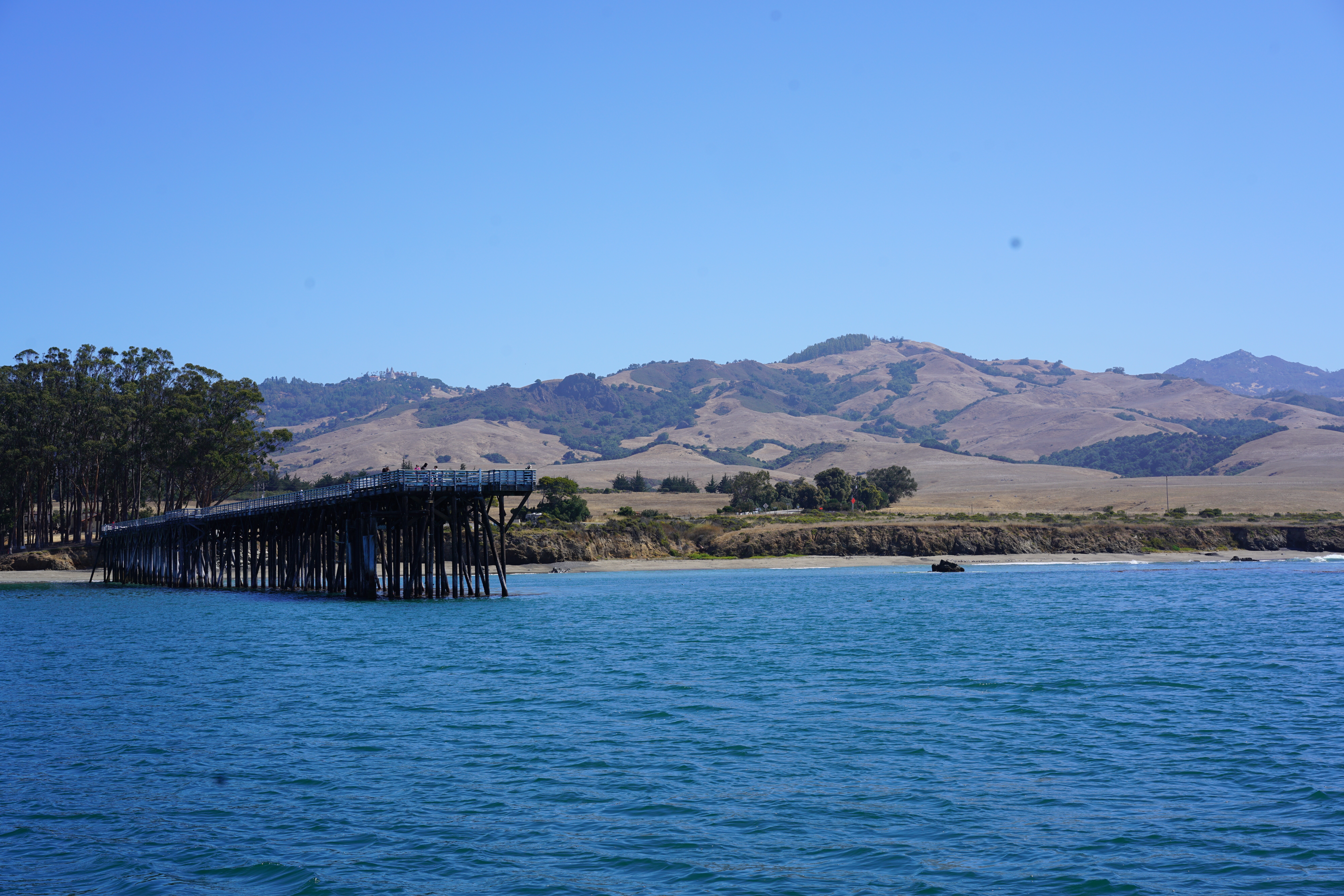 The anchorage at San Simeon

We anchored, got 4 hours of sleep, then puttered about the boat before continuing to Port San Luis. The sail to Port San Luis was variable, always big swells but sometimes light wind, sometimes more intense wind. 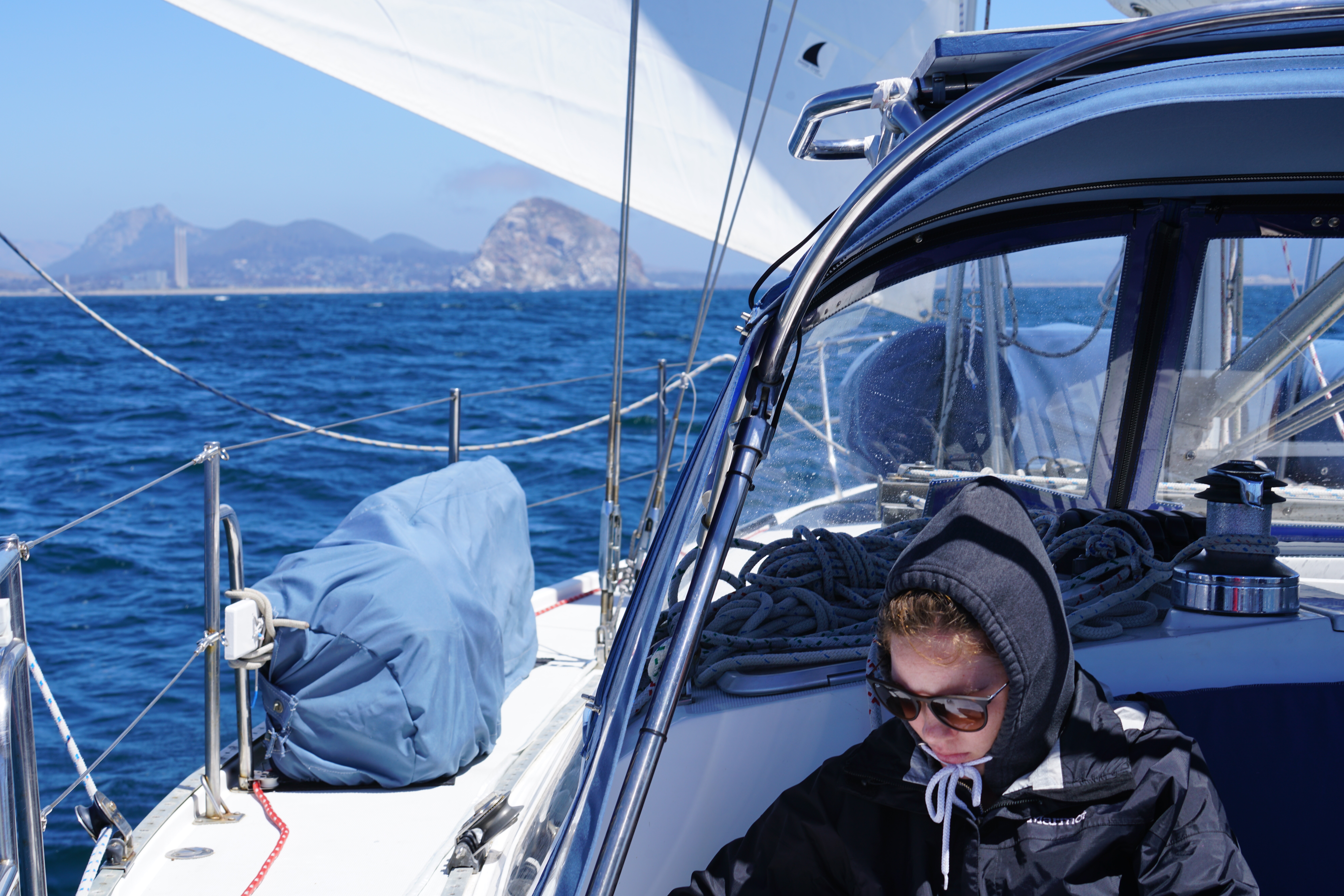 Heading to Morro Rock with jib out on the pole

We sailed for several hours with a jib on the spinnaker pole, but to pass  Pt. Buchon in light winds and large swells, we ended up motoring. We arrived in Port San Luis at 7:00 p.m. and the port had flat water and a welcome warm wind. We had a lovely dinner, a good sleep and worked on some plumbing when we woke up in the morning. We then left for Coho. The sail past San Luis Obispo Bay was steady and things didn’t intensify until rounding Pt. Arguello and Point Conception. Between those two points, the wind slackened and the swells grew. Teela entertained us with information at all points along the coast but we were particularly intrigued with the story of the 1923 Honda Point disaster as we passed Arguello. We had never heard of this incident, where 7 naval vessels were lost and 23 sailors died when they mistook Pt. Arguello for Pt. Conception. Fourteen ships were navigating by dead reckoning at 20 knots in heavy fog.  We did end up motoring a bit around Pt. Conception and into Cojo. We anchored easily in Cojo and had a pleasant evening. 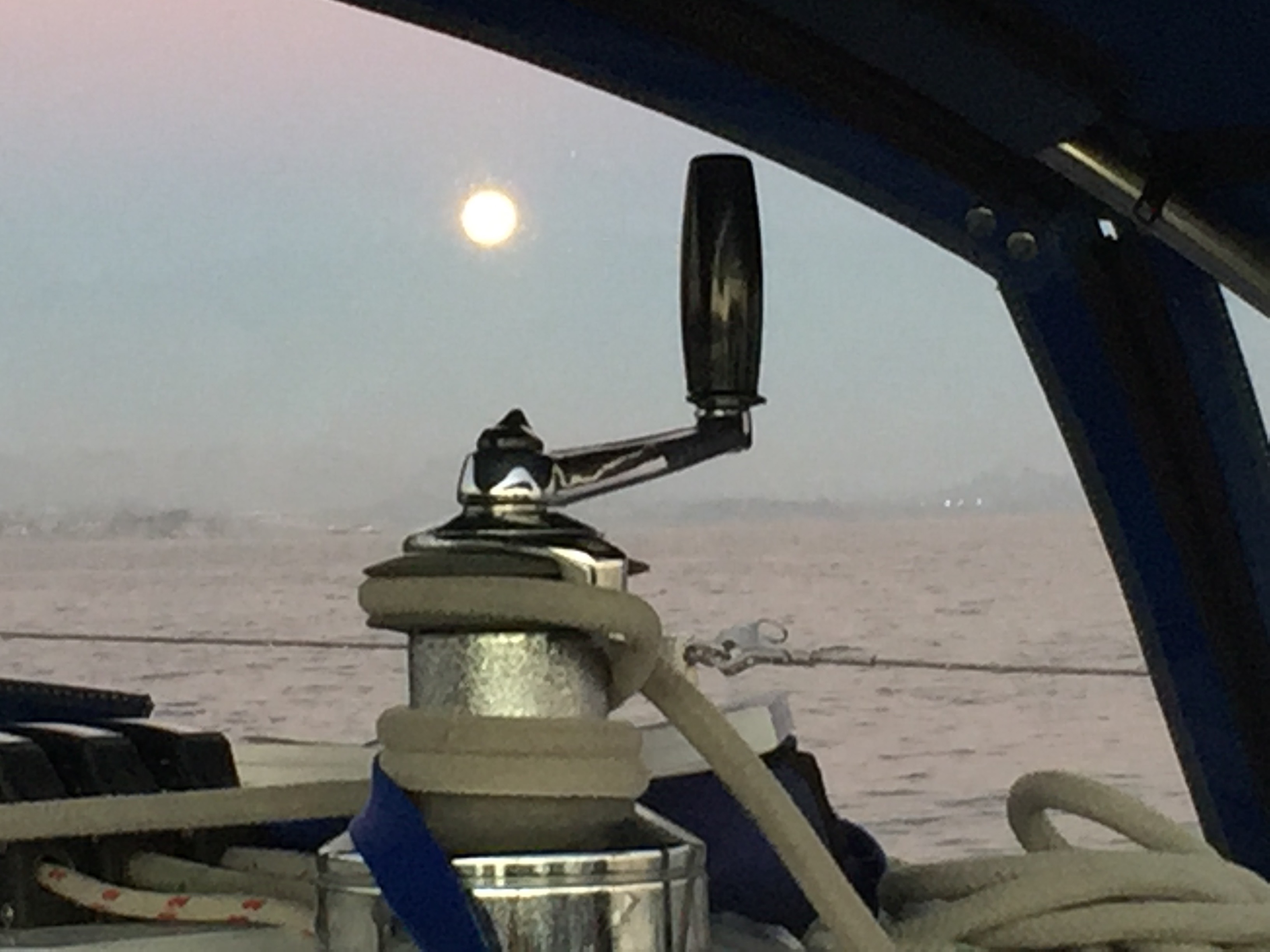 The trip from Cojo to Santa Barbara brought some steady winds, some light winds and subsiding swells. We tried out our double-jib configuration (with one jib on the pole and one attached to the boom), and also tried out the spinnaker for the first time. 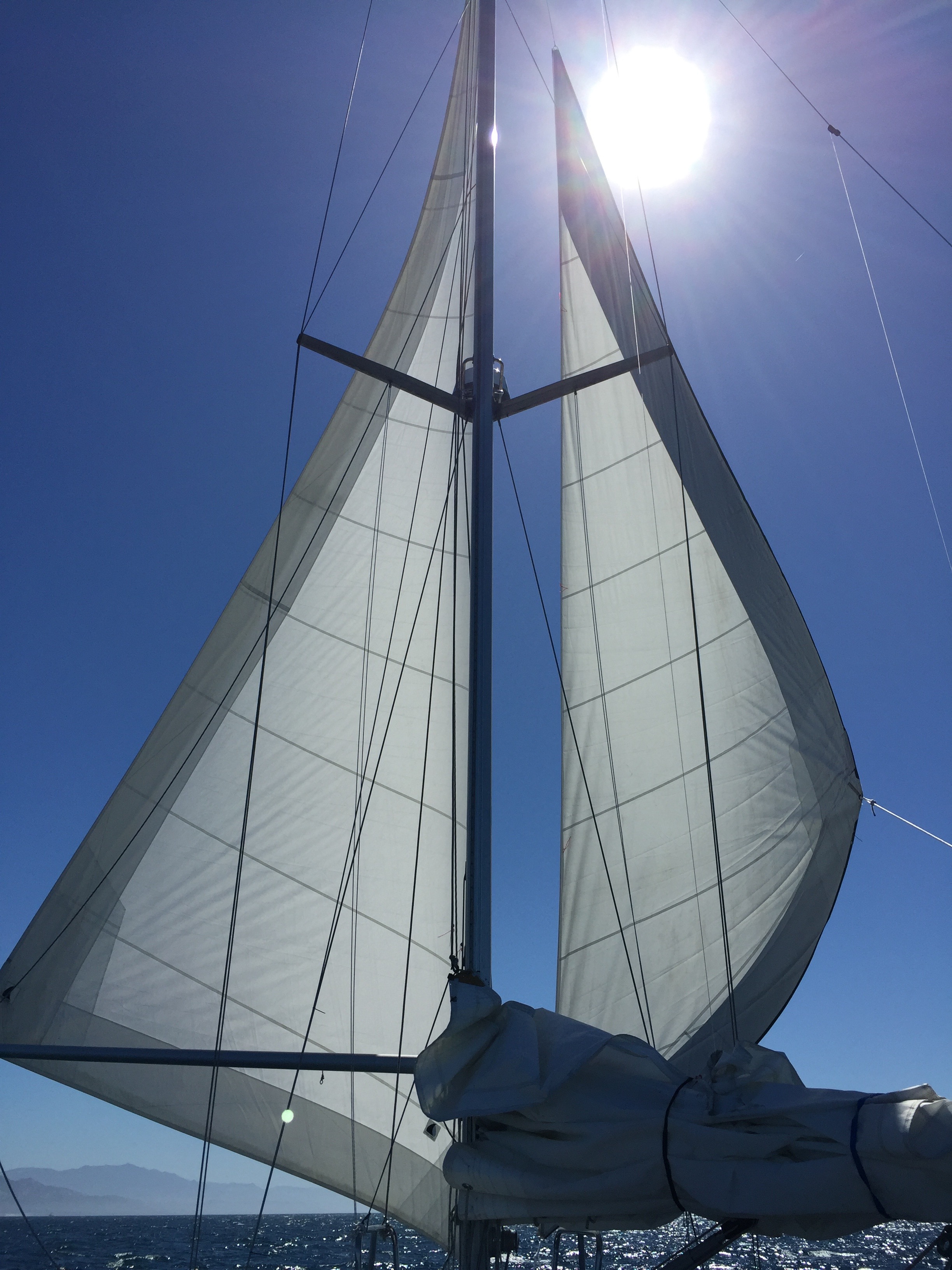 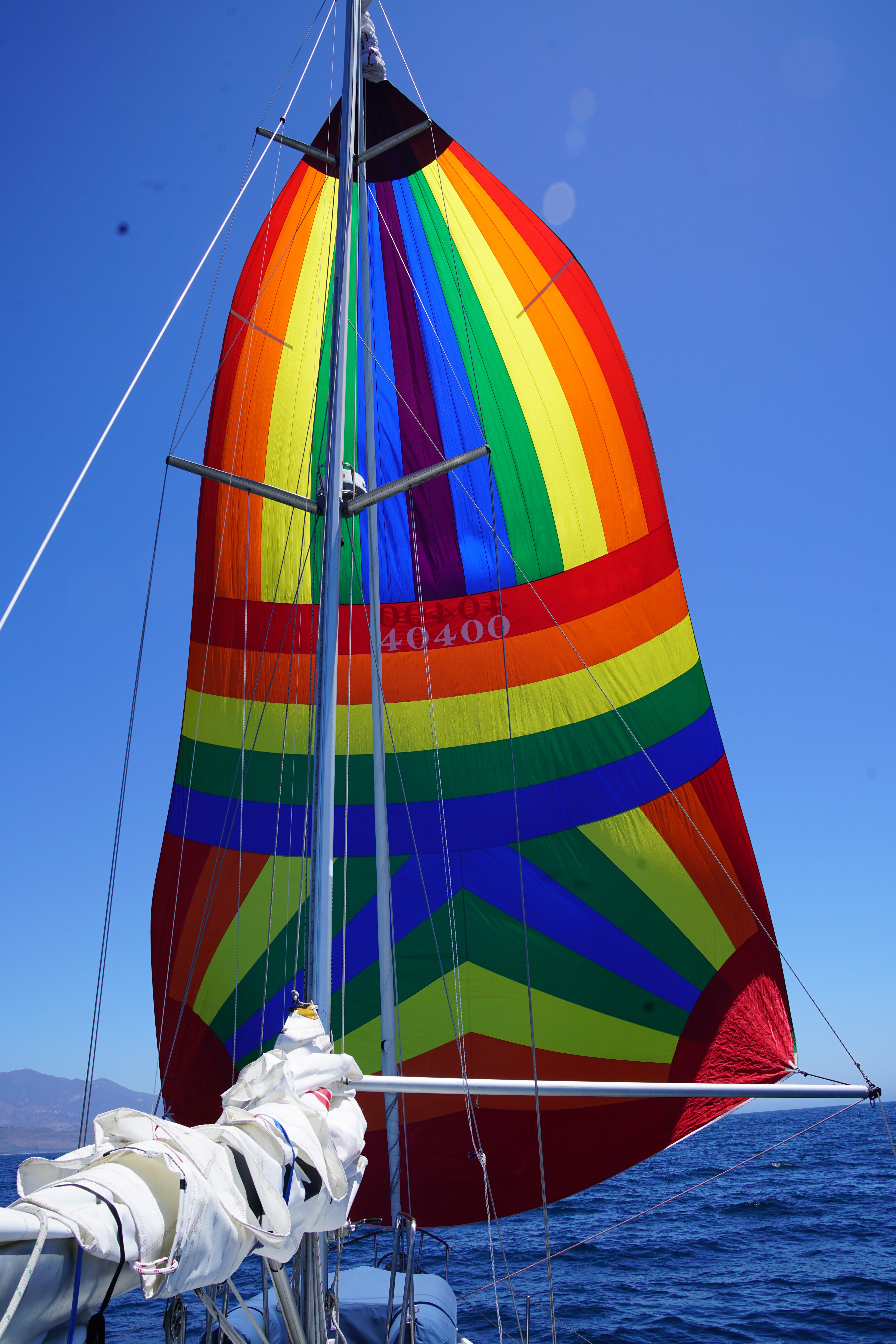 When we arrived in Santa Barbara, we checked in, got a slip, took showers, had dinner in a restaurant on shore and had another good night’s sleep. 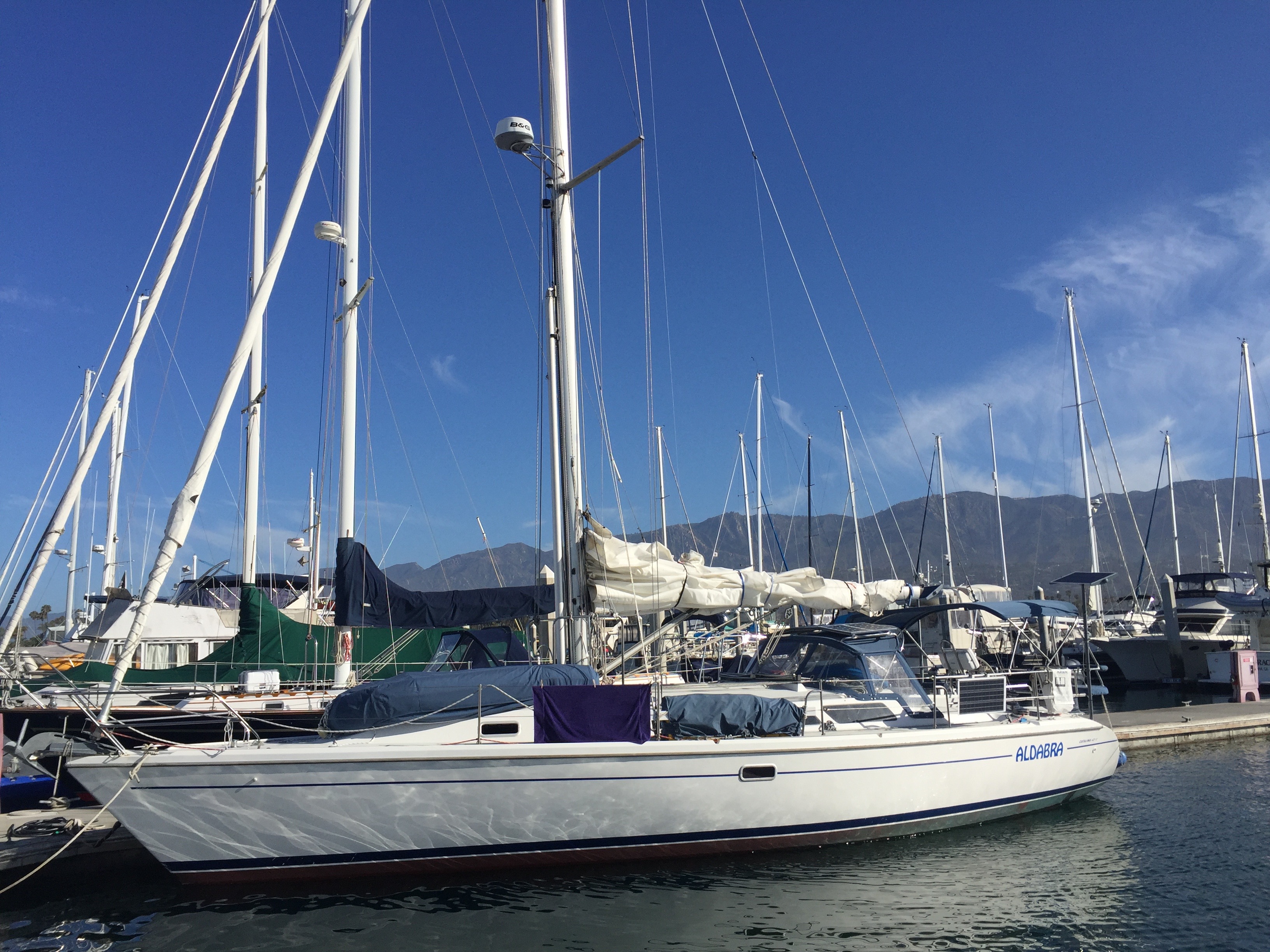 Aldabra tied up in Santa Barbara

The next morning. Jim and Teela left us to travel back north by train. My niece Julia Staudinger arrived to join us, and we took off again the next day for points south. 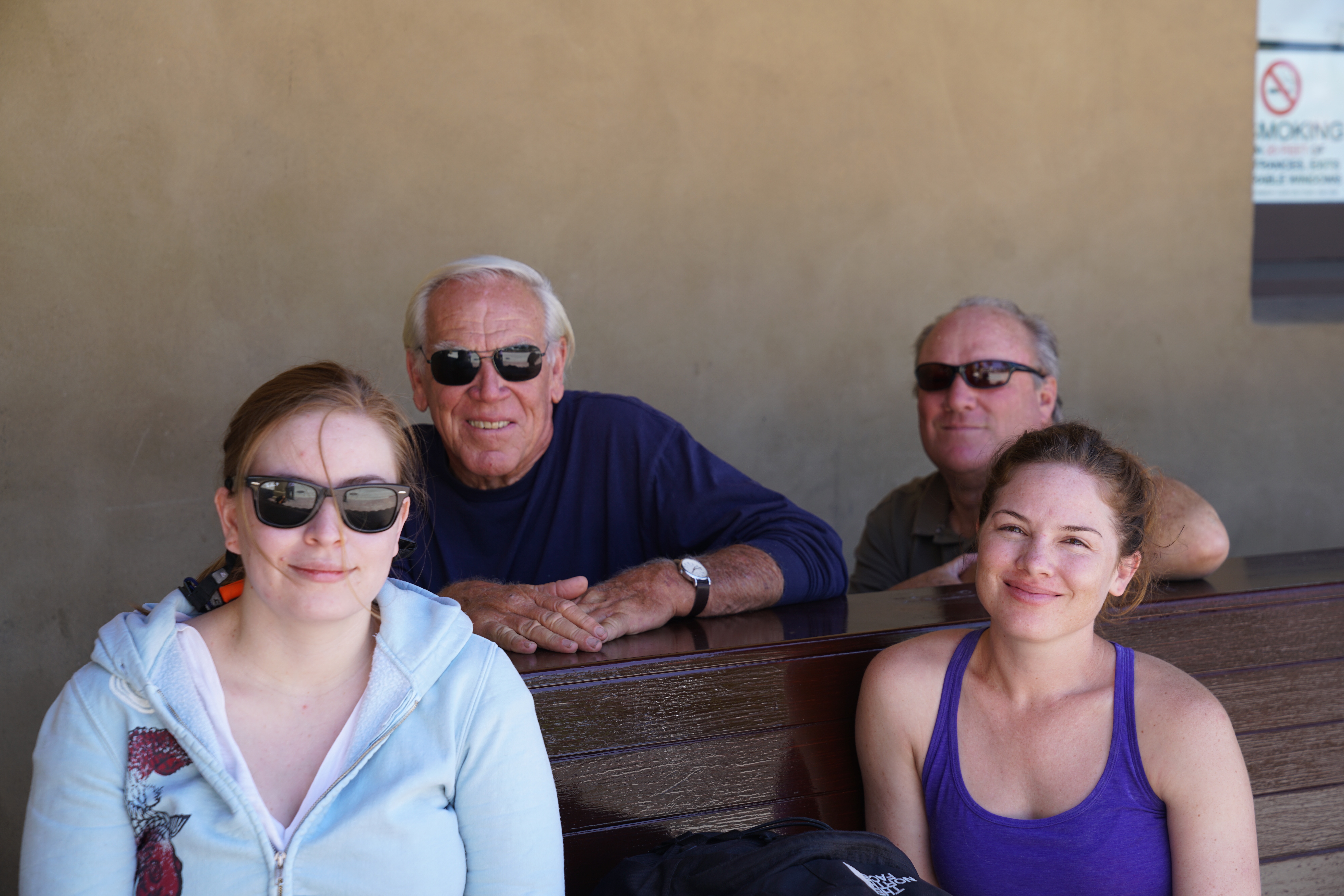 As Jim and Teela wait to catch a train in Santa Barbara, Chris and Julia are there to carry on

La Paz to Puerto Escondido and Back