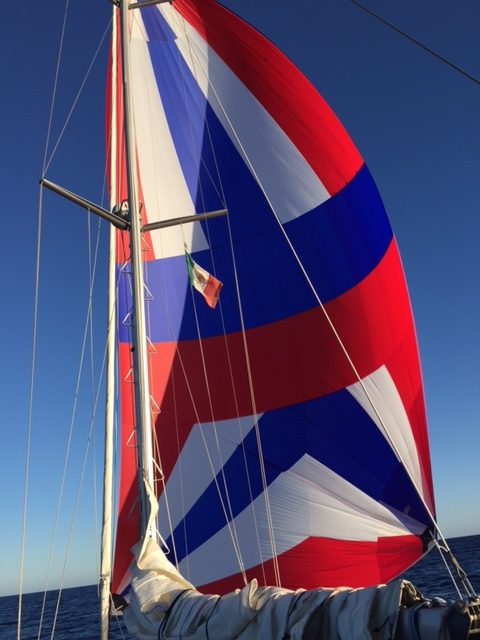 Transiting back and forth between California and La Paz from late August to early November, I prepared for another year of cruising. The professionals in La Paz, Sergio, Will, Hector, Luis, Fabian and Arturo finished up their boat projects, and friends Chris and John came down from California to help. I now have more solar power, wind generation, WiFi in port and satellite Internet for weather offshore. In California I picked up needed parts and had dental work done. I also got a little bit of time to visit with friends and family, although it would have been nice to have more time.

I returned to La Paz on November 2 to make final preparations for the season. After each work day it was nice to hang out with Bobbi and Stephen from Sam Bassett or visit with old friends such as Bret and Marne on Liahona and Steve and Sherri on Pablo. Jane and Jerry McNaboe (from Aeolian) joined me on November 15 and we left La Paz two days later. After stopping at Costa Baja for fuel, we motor sailed straight to Isla Isabel. Winds were light so the two-day trip had only about four hours of sailing without the motor. But those four hours were a nice spinnaker run. We learned a lot of lessons about how to deploy the new asymmetrical spinnaker. 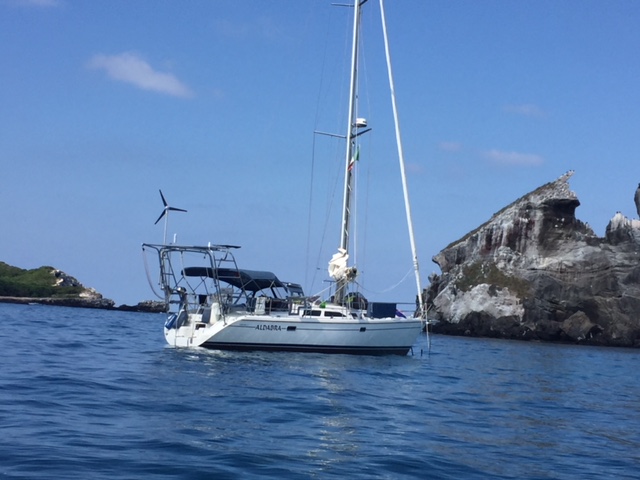 Isabel was calm and uncrowded. We hiked on the island through a forest of nesting frigates, over to the other side where the blue-footed boobies hang out. Afterward, we snorkeled near our boat on the east side of the island, where I got stung by something with long tentacles. It was painful at first but then was fine, except it looked like I had a tattoo. 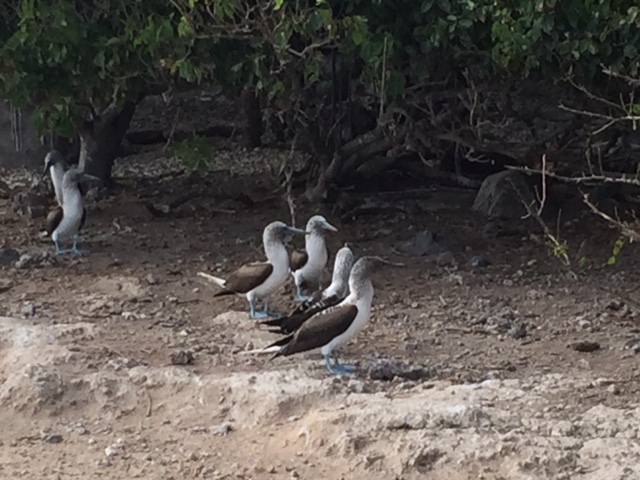 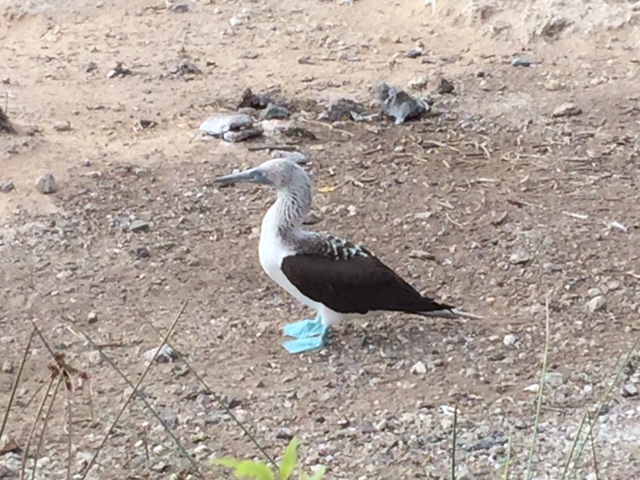 We left very early on the morning of November 20 and arrived before dark at Punta de Mita, the northern point at the opening of Banderas Bay. We stayed the night there and then headed the two or so hours into the marina at Paradise Village. Although there had been very little wind and a lot of motoring, it had been a nice passage with warm winds, calm seas, stars and dolphins. And Jerry and Jane made it very easy and relaxed.

The next day was Thanksgiving, so we joined Jeff and Jules from El Gato and Dennis and Jerri from Ultegra at Arroyos Verdes, just above Bucerias. It was a nice dinner and a nice evening. Before Jane and Jerry moved off the boat on Sunday, to join their family at a nearby resort, they helped me with a lot of chores, although we did get a little bit of beach time. While they vacationed with their family, we did get a chance to take the whole group out for a very nice day sail, and I later joined them at their resort for a day of relaxation.

The docks in Paradise Village are filled with old friends as well as new arrivals, so it has been fun to catch up with everyone. I even ventured over to the Sunday market in La Cruz and got to see other old friends.

Today is Monday, December 4, and I have two new crew arriving. We plan to head out of Banderas Bay this afternoon and round Cabo Corrientes late tonight. The wish is for wind and minimal swell, although the forecast doesn’t include much wind. The goal is to get to Chamela tomorrow morning.

In closing this first blog post of the season, let me just say that I think about what’s going on in my home country every day. I’m grateful to my news sources when I have access to the Internet. With each new bit of news I feel sicker. It’s hard to reconcile this life of permanent vacation with the travesty that goes on every day.