Aldabra left Zihuatanejo on February 25, with new crew, Derek, from the Sacramento area. We buddy boated with Rick and Cindy on Cool Change, who had introduced me to Derek via email. The two-night, two-day passage was very calm. We motored most of the way in glassy seas and light air. We saw at least 100 turtles and large pods of dolphins.

We arrived in the Manzanillo area on February 27 and anchored for one night in front of the famous Las Hadas resort. The next day we sailed to Ensenada Carrizal. We were the only two boats in the anchorage and had a wonderful day snorkeling. The next day we motored north to Barra de Navidad, where Aldabra had a three-day spa treatment. She was washed and waxed and polished and her bottom was cleaned. We stayed in Barra just short of a week, enjoying the company of cruiser friends, eating great tacos on the street and taking advantage of the pool at the marina. We also retrieved the outboard motor, which was being repaired while we were in Zihuatanejo.

On March 6, we sailed from Barra de Navidad to Tenacatita. We hung out with friends and made new acquaintances. We also visited the town of La Manzanilla and their crocodile reserved. Five days later, we headed north again, stopping first in the beautiful anchorage of Paraiso, which had nice snorkeling. Again, we were the only two boats in the anchorage.

On March 12 we moved north to Bahia Chamela and Playa Perula. My friends Todd, Laura, Carlos, Debbie, John and Cammy, have a house on the beach there. They flew down from the U.S. for about a week and a half and we were able to hang out with them. Highlights were the St. Patrick’s Day party with all their ex-pat friends, which featured an all-day bean-bag toss tournament, and the parade of little children on the first day of spring.

We were joined in Chamela by Aeolian, Dreamcatcher, Wainui and Liahona, among others. All of these boats, including Cool Change, headed north before we did. We finally set out on March 21, intending to do an overnight passage around Cabo Corrientes and on to La Cruz. The sailing was perfect for the first four hours. After that, we had 15-16 knot winds on the nose a huge seas. We ended up diverting to a cove called Ipala, which is south of Cabo Corrientes. We rested there from midnight to 6:30 a.m. and then followed Dreamcatcher around Cabo Corrientes in calm seas and light winds, arriving in La Cruz in the early afternoon. 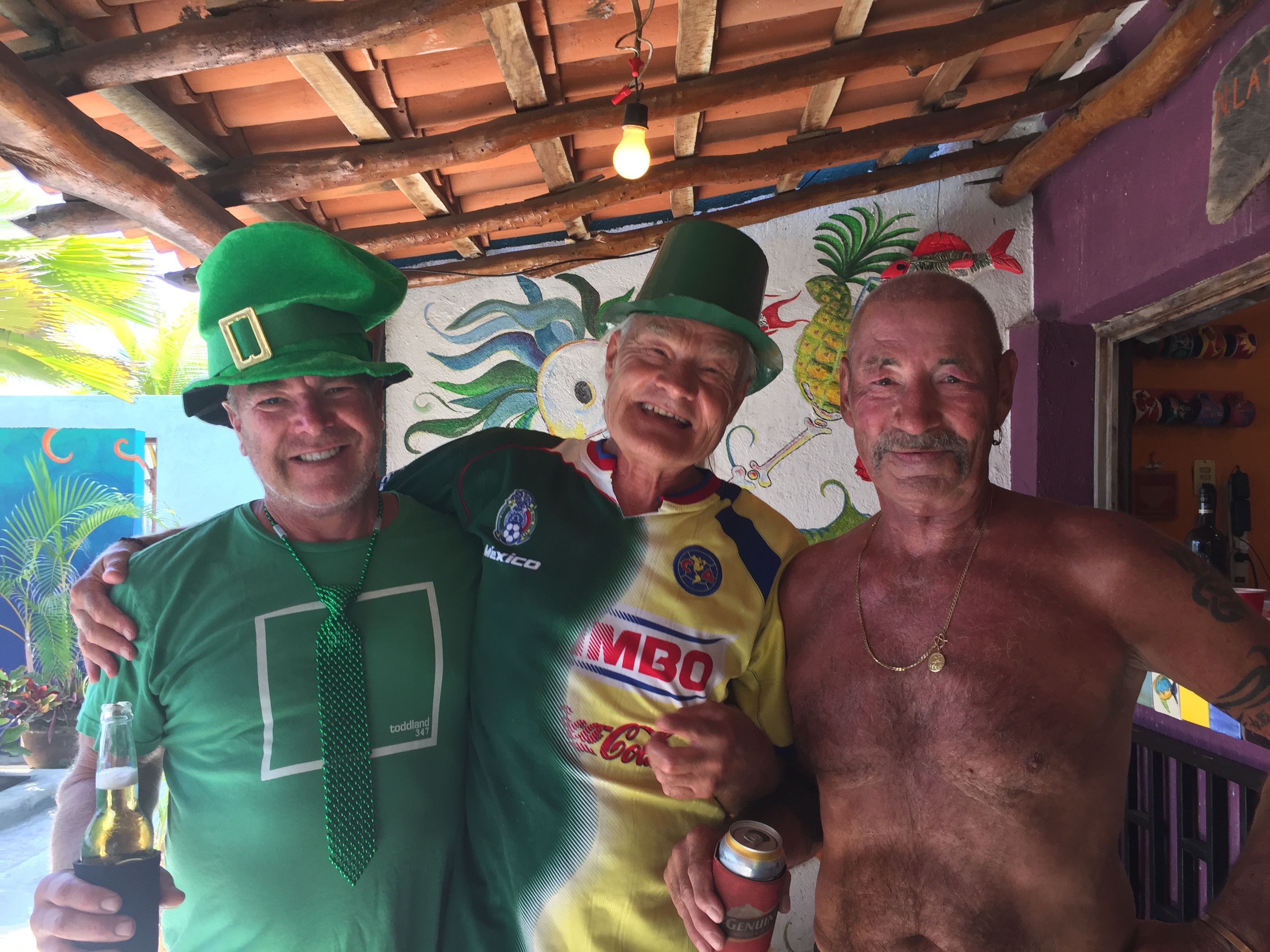 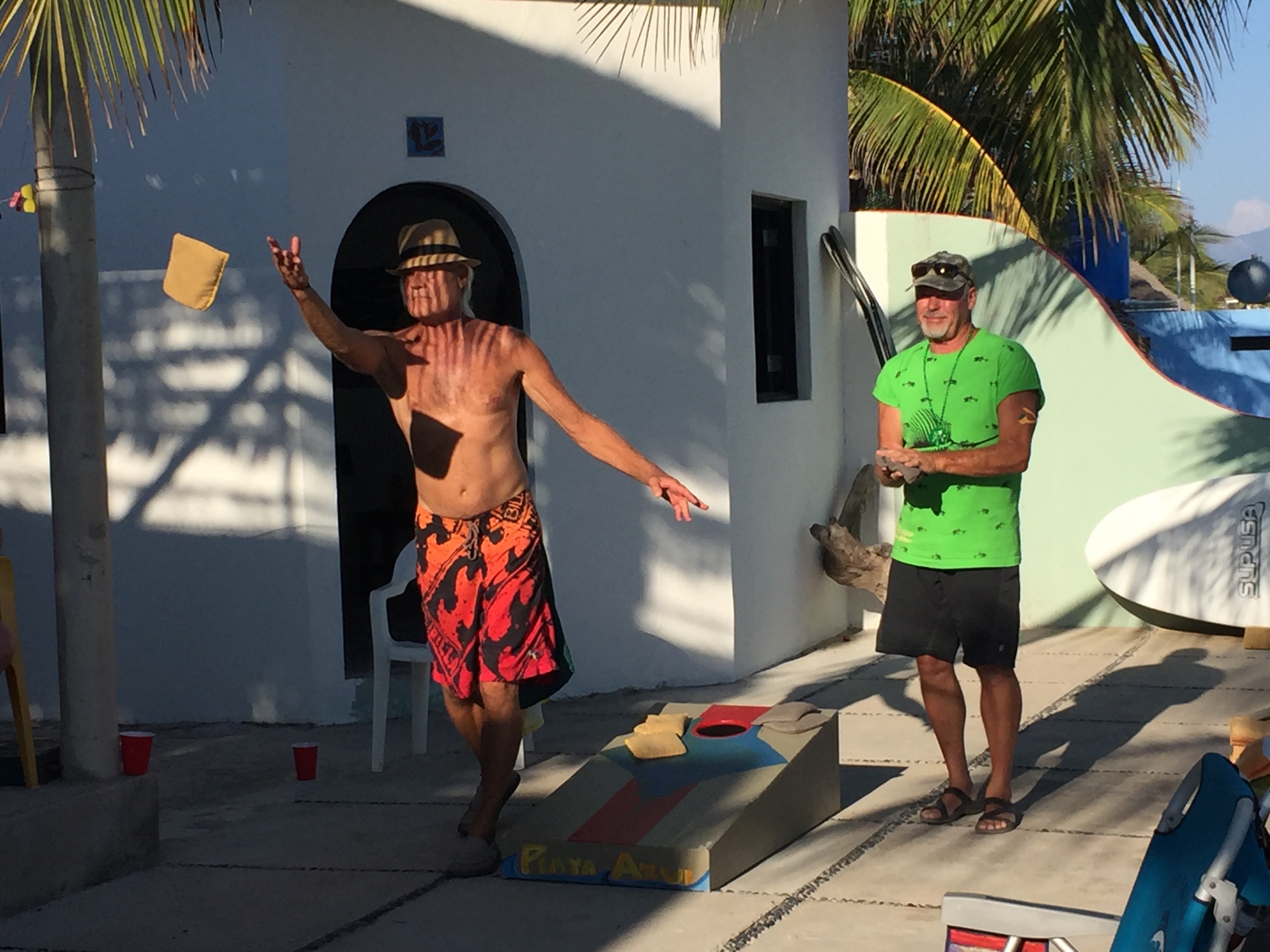 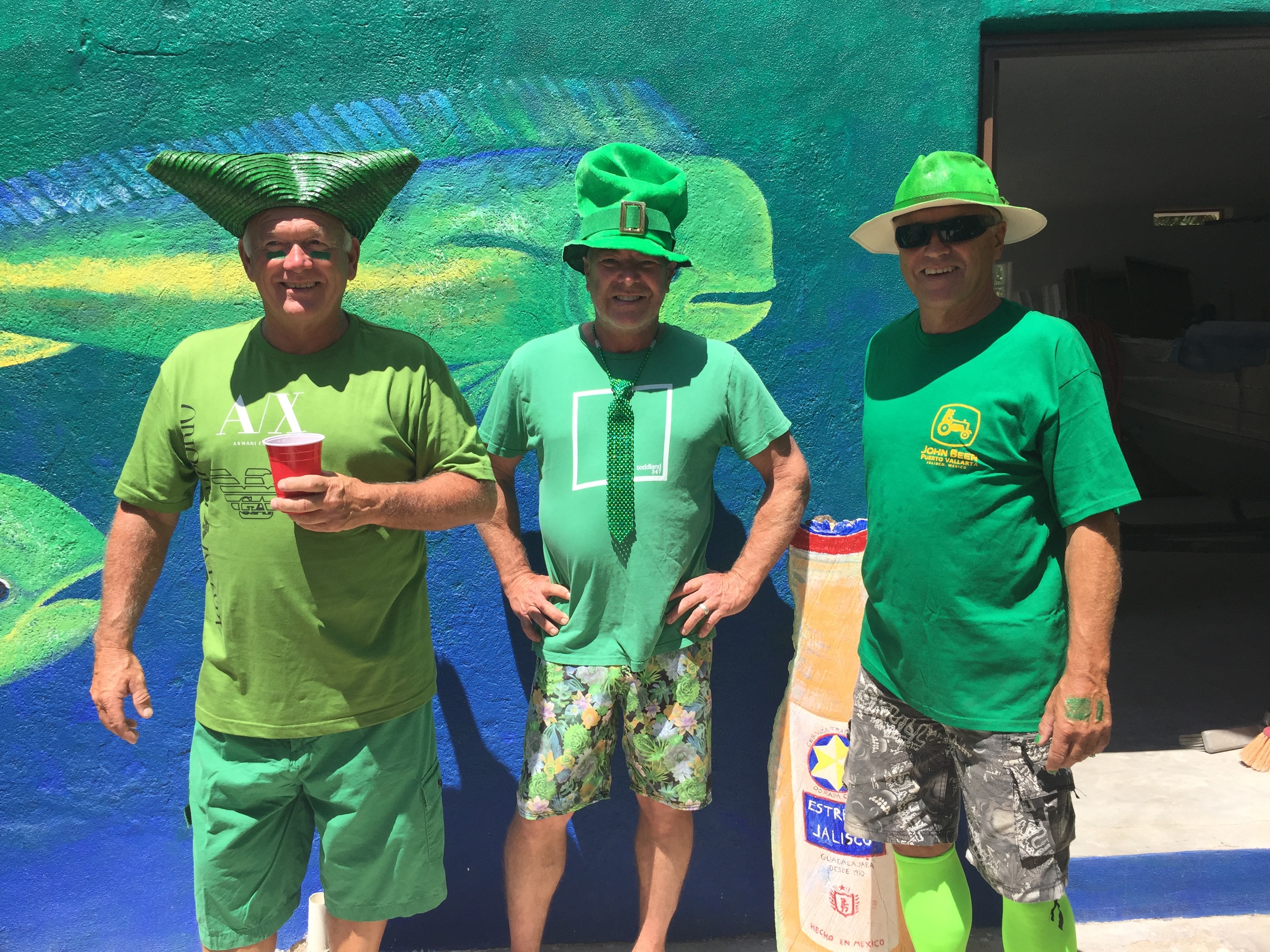 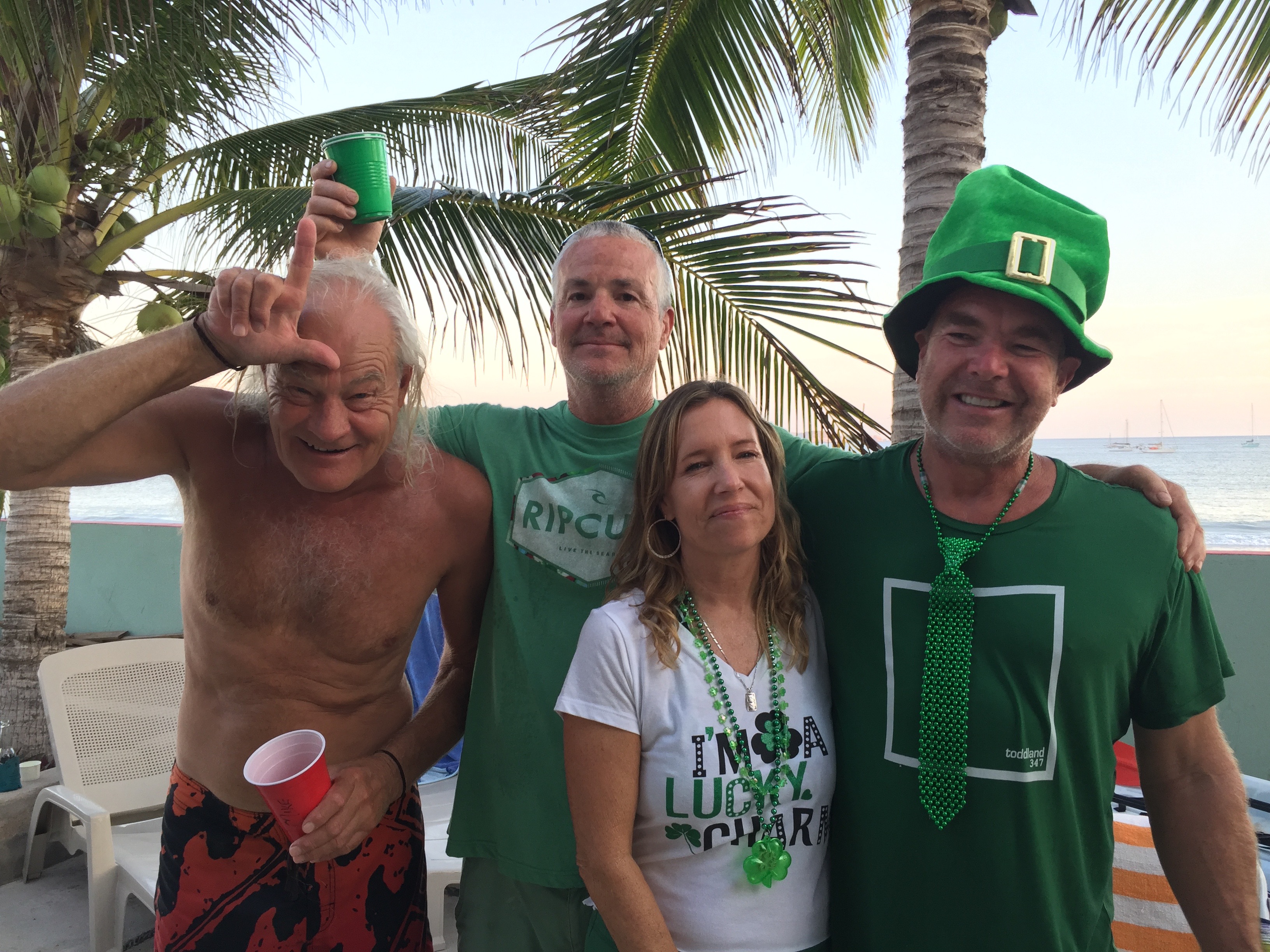 Winners and Second Place in the Bean-Bag Toss Tournament 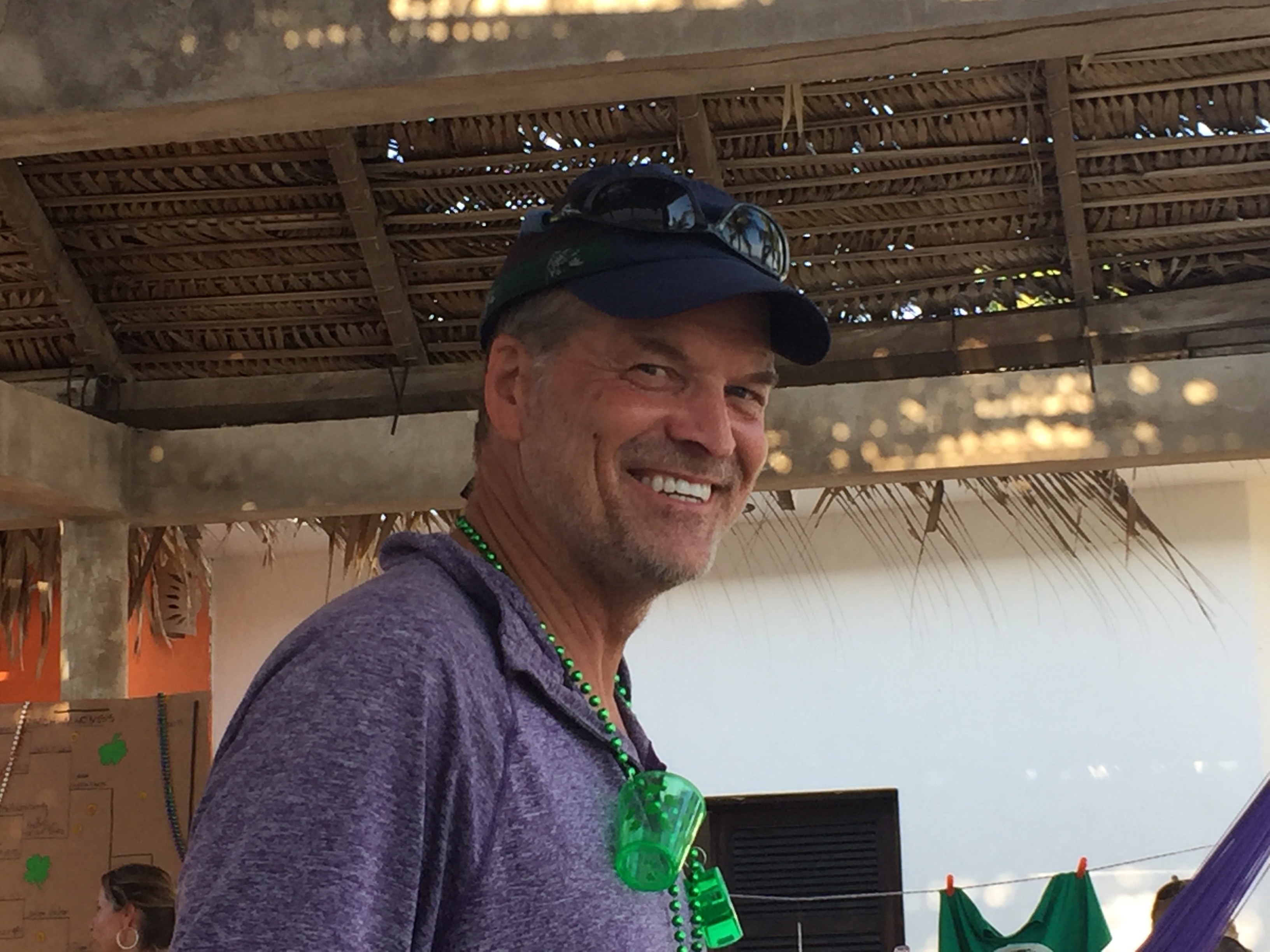 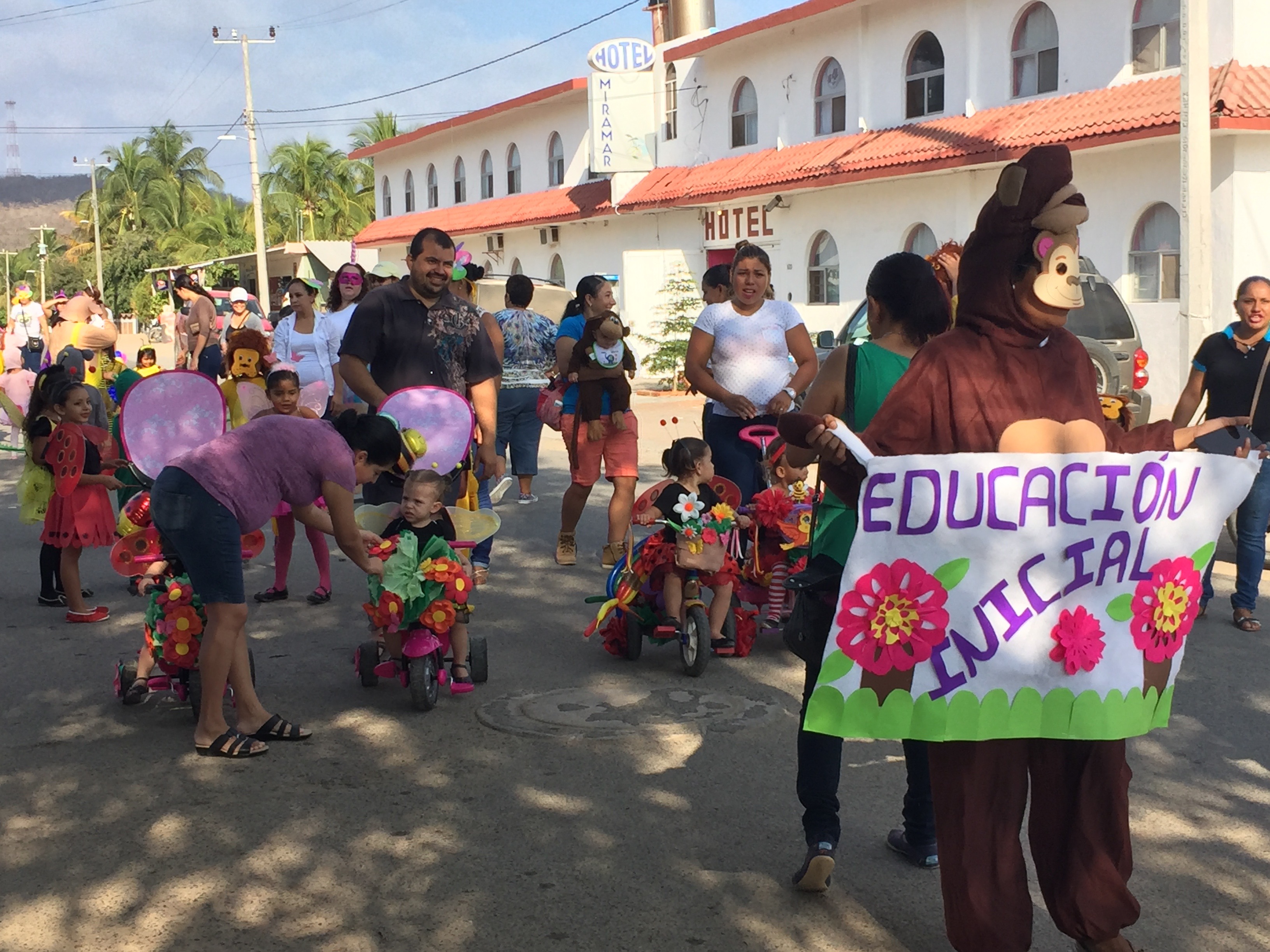 Parade in Chamela for First Day of Spring